Agitation in the Waiting 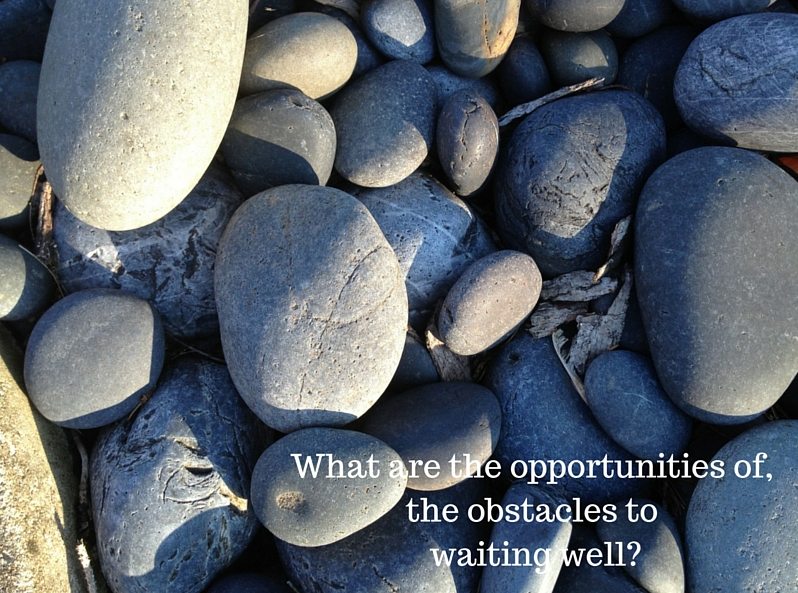 I sat in a St. Joseph County Superior courtroom a week ago waiting with 70 prospective jurors to see which of us would be selected to serve as the jury for a murder trial scheduled to start the following day.  The thought of using this time productively to wait in Advent did not occur to me…not even after I had suggested to readers just two weeks ago that they might wait productively at a railroad crossing or in a long line at the grocery check-out!

No, even before I knew an hour in that this was a murder trial, my mind was filled with the trivia of questions like these:  where will I park for four-five hours in downtown South Bend, where will I find the restroom closest to the courtroom in which I would be lodged for hours, how would I affirm that I promised to speak the truth and nothing but the truth rather than being “sworn” in, would my number be sufficiently high that the lawyers might never get to me as they polled their way through the pool of would-be jurors?

Although I was more than 15 minutes early, the room was nearly filled with people when I arrived, so full that I had to wedge myself between two men with not much room to spare on the chair between them.  After waiting for late-comers, we trudged to the courtroom for a video about the process, then back to the waiting room for no apparent reason, before we returned to the courtroom for a more than two-hour diatribe by the judge, who weeded out exactly three potential jurors during that time and never got to asking the lawyers to take their turns.

The judge suggested repeatedly that we guard against “mind static” that could distract us during the trial, that might prevent us from concentrating on the matter at hand.  (My mind static jumped into high gear upon the realization that I might have to report back the next day as jury selection surely could not finish by 5 or 6 p.m.)   We “met” the defendant and his lawyer, the prosecution team, and the court staff, all before learning more about the nature of the accusations, which involved lengthy descriptions of three counts I couldn’t sort out.

We were reminded over and over and over again that the accused is presumed innocent until proven guilty.  Two of the three prospective jurors dismissed by the judge expressed difficulty with the concept of “innocent until proven guilty,” based on the fact that they had good friends who are police people and prosecutors, that they tend to trust the information gathered by detectives and prosecutors.  It was difficult, they said, to presume innocence in the face of such duly collected evidence.

After more waiting, while the judge spoke privately with the 11 remaining potential jurors who were among the first 14 to be selected for examination, six of them returned to the courtroom, where the rest of us had stayed in our seats with instructions to chat among ourselves.  Those more experienced with the jury selection process knew the proceedings seemed highly irregular, but none of us could have imagined hearing these words from the judge on his return:  “Well, here’s the deal…you (pointing to the six in the jury box) and all of you (pointing to the rest of us) are dismissed.”   He added that in his 30 years as a Superior Court judge in South Bend, this was the first time that the entire pool of prospective jurors had been released!  Something, which would not be explained to us, had happened during the proceedings…something that might lead to a difficulty the judge did not want to deal with once the court case was under way.

And so we were all declared free to go…having waited nearly four hours for exactly nothing to transpire!  No one would need to return the next day, for continued jury selection or as the jury of choice.  The young mother seated next to me would be spared finding childcare while her husband had a medical procedure, the classroom teacher I met in the restroom line wouldn’t have to scramble for another sub, the man due to fly out of O’Hare Friday morning for an extended trip needed to fear no longer that his travel plans would be disrupted by the trial, the woman whose husband suffers with Parkinson’s would make it home in time to feed him, and I could avoid making a last-minute postponement of a directee visit.

Decidedly grateful for these reprieves, those summoned and now released unexpectedly spilled down the courthouse steps onto the streets of South Bend and disappeared quickly into a variety of nearby parking lots and garages, where cars and cell phones waited.  The woman with whom I crossed the street was eager to call her son-in-law, a district attorney whom she expected would understand more than we did about the sudden dismissal of all of us.  As we parted ways, she told me about the young man she had sat beside, a self-proclaimed risk-taker who declared he had parked in a two-hour space just to see if he could beat the system.

But what of the accused…how much longer will he have to wait?  How will this delay impact the victim’s family as they wait in Advent?  Does this third-week-of-Advent-story speak to where we find ourselves in the waiting?  What are the obstacles to waiting well?  What are the opportunities? Are there surprises in the lingering?  Even when we don’t understand what just happened, what learnings might there be for us as Advent people?  Is it possible to notice green shoots of redemption while we wait?