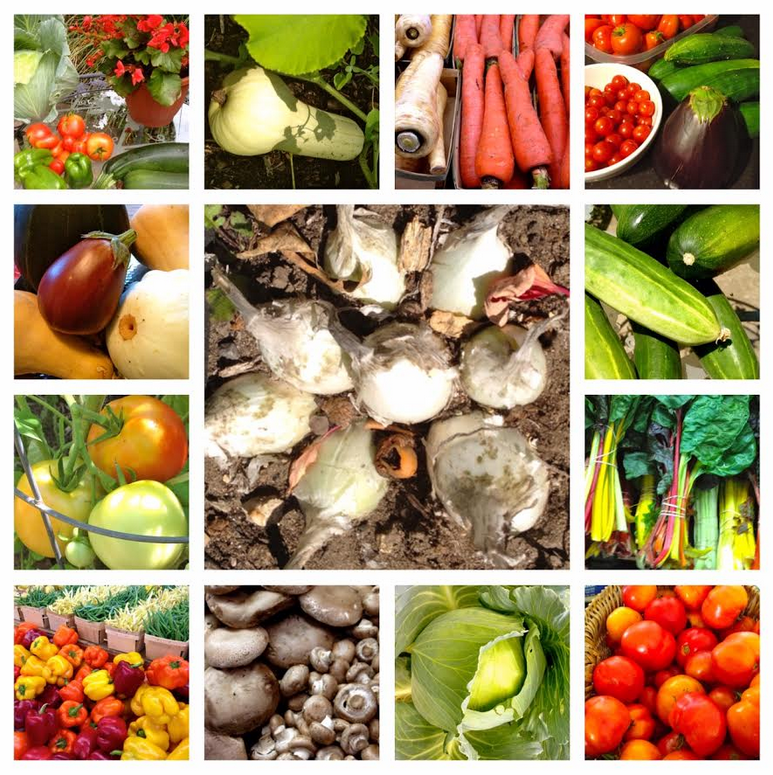 Soil is the source of life

Last week I came across this statement in the Mennonite World Review from Isaac Villegas who said the announcement that the US would be pulling out of its commitment to the Paris climate accord drove him to seek guidance from the Confession of Faith in a Mennonite Perspective:  “‘As stewards of God’s earth,’ the Confession states in Article 21, ‘we are called to care for the earth and to bring rest and renewal to the land and everything that lives on it.’ Our vocation is to care for the Earth, to renew the soil, to allow for rhythms of restfulness for flora and fauna. We look after the well-being of God’s creation, the work of God’s hands.”

Yesterday at Kern Road, in the first of a four-part Season of Creation worship series, Danile brought samples of forest, woodland, and farmed field soils and talked about how soil is the source of life and not unlike the Spirit in its vitality. The parable of the growing seed, from Mark 4:26-29, recounts the story of which she spoke in this way (The Message):  “Then Jesus said, ‘God’s kingdom is like seed thrown on a field by a man who then goes to bed and forgets about it. The seed sprouts and grows—he has no idea how it happens. The earth does it all without his help: first a green stem of grass, then a bud, then the ripened grain. When the grain is fully formed, he reaps—harvest time!’”

Indeed, a precious commodity, our earth and its soil, according to Danile, who suggested that the parable speaks of abundance as its farmer sows seed and waits, then trusts to a mysterious process, that process stimulated by rain and sun and good soil, soil made rich by earth worm castings and microbes trading nutrients for carbon created by plant roots.

Collaboration and mutual nourishment, she reminded us, are hallmarks of how soil is formed and how the Divine works among us.  Janice suggested in her follow-up musings that the parable prods us to think of soil as partner, co-creator with God.  “The soil is an agent with God…paying attention to the soil is paying attention to God’s work” in the world.

In Dirt, the Ecstatic Skin of the Earth, William Bryant Logan speaks of the beauty of dirt.  “It is the nature of soil to build aggregates: plates or blocks or chunks, full of air and water channels. Gardeners in fact know their soils first and foremost by the size of the particles and the kinds of aggregates they build. Where organic decay and inorganic erosion meet, the conditions exist for a fertile soil, because the two in combination make a tortuous, knotty structure that offers roots the optimum mixture of mineral nutrients, organic nutrients, air, and water.”

Several years ago author Fred Bahnson wrote of his experiences with Catholic, Protestant, Pentecostal, and Jewish faith communities as he explored “the connection between feeding the spirit and feeding the body.” His book, entitled Soil and Sacrament:  A Spiritual Memoir of Food and Faith, suggests that “the garden is our oldest metaphor. In Genesis God creates the first Adam from the adamah, and tells him to ‘till and keep’ it, the fertile soil on which all life depends. Human from humus. That’s our first etymological clue as to the inextricable bond we share with the soil. Our ecological problems are a result of having forgotten who we are—soil people, inspired by the breath of God.”

According to Bahnson, “Each of these communities produced some of their own food, making them less dependent than most of us on a centralized, oil-addicted food system that is already showing signs of collapse. That simple act of growing food gave them something most of us don’t possess: agency. They had regained a measure of freedom from anxiety. But there was also something more mysterious at work in these places. A merciful Presence brooding over the bent world. The answer to our hunger for more than just bread.”

Bahnson goes on to say that “many of those I’ve come to meet view soil as a sacrament: a physical manifestation of God’s presence, a channel of Divine grace. They know soil is a portal that joins us to the world to come even while rooting us more deeply in this one.”  (See more from Bahnson here in this fascinating excerpt from the prologue of his book.)

I heard Danile and Janice sharing that sentiment in their Sunday sermon as well. Have you experienced soil as portal that not only joins us to the world to come but simultaneously roots us more deeply in this one?