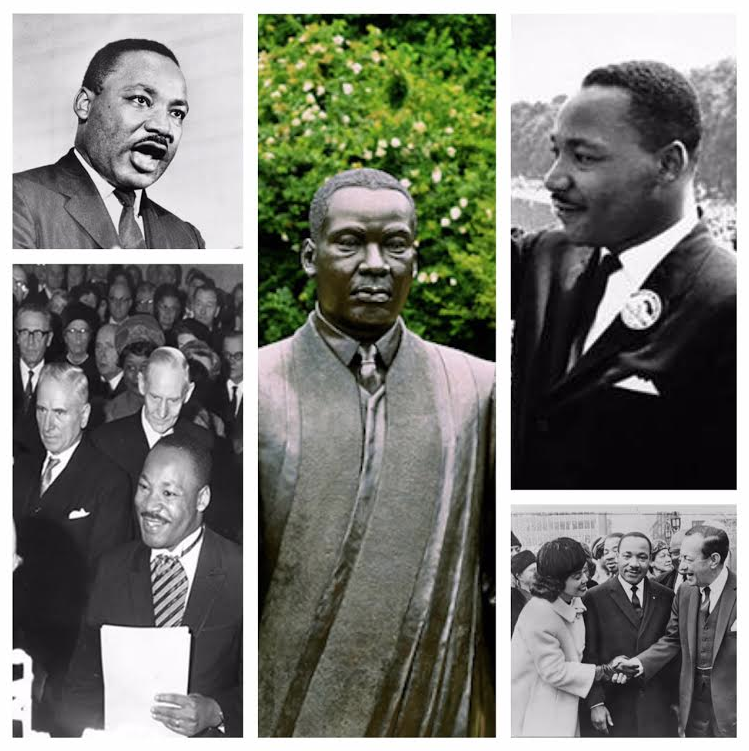 Today, the third Monday in January, was proclaimed a national holiday in 1983 to honor civil rights leader Martin Luther King Jr., though the day was not observed until 1986.  Not until the year 2000 did all states become actively involved in the celebration.

Taking a serious look at service to make the world a better place for the poor and powerless is one of the best ways to honor the memory of King, a Baptist pastor, on this day and throughout the year, according to his late wife, Coretta Scott King.

She says this on the meaning of the King holiday:  “On this day we commemorate Dr. King’s great dream of a vibrant, multiracial nation united in justice, peace and reconciliation; a nation that has a place at the table for children of every race and room at the inn for every needy child. We are called on this holiday, not merely to honor, but to celebrate the values of equality, tolerance, and interracial sister and brotherhood he so compellingly expressed in his great dream for America.”

But the day is not only for celebration and remembrance, education and tribute, she continues. “All across America on the holiday, his followers perform service in hospitals and shelters and prisons and wherever people need some help. It is a day of volunteering to feed the hungry, rehabilitate housing, tutor those who can’t read, mentor at-risk youngsters, console the broken-hearted, and a thousand other projects for building the beloved community of his dream.”

How does Martin Luther King Day inspire us to make a difference?  Where do we see the glimpses of healing and hope for which Martin Luther King yearned?  We are all familiar with some of his quotes (see below), but how are we getting involved with helping to bring his dream to some small fruition?

We frequently see compassionate responses throughout the world following traumatic or destructive national or global events.  Mass shootings and violent weather in other places cause us to awaken to needs in our own communities.  Sometimes becoming aware of the voice of a prophet like King fills us with the courage and desire to reach out beyond ourselves.

Our denomination’s seven priorities include “undoing racism and advancing intercultural transformation. This priority reflects our intent to dismantle individual and systemic racism in our church, develop intercultural competence, heal racial divisions, and value all the gifts of God’s diverse people.”

In our local setting, we see KRMCers involved in serving through Hope Ministries, the St. Peter Claver Catholic Worker and its drop-in center Our Lady of the Road, and a host of other efforts including our congregation’s projects through Cana Community in the Near Northwest Neighborhood and our Immigration Ministry’s outreach efforts.

How have you tapped into existing opportunities for service?  What moves you to get involved?  Recount in your mind’s eye the times and places when you have responded to another’s deep need, either as an individual or with a group, in an informal effort or an organized one.

Where might you choose to become move involved, extending yourself by listening or taking action to make life better for the other?  How can you reach out to build bridges and the “beloved community” of King’s dream?

Check out these links for more reading related to Martin Luther King’s dream:  Wayne Baker's five-part series, published in 2013, reveals the disparities between the races based on Pew Research Center findings.  Read the Spirit shares this link to an interview with Jim Wallace about his new book entitled America’s Original Sin:  Racism, White Privilege, and the Bridge to a New America.

(Photos found at site.gov addresses and thus in public domain)