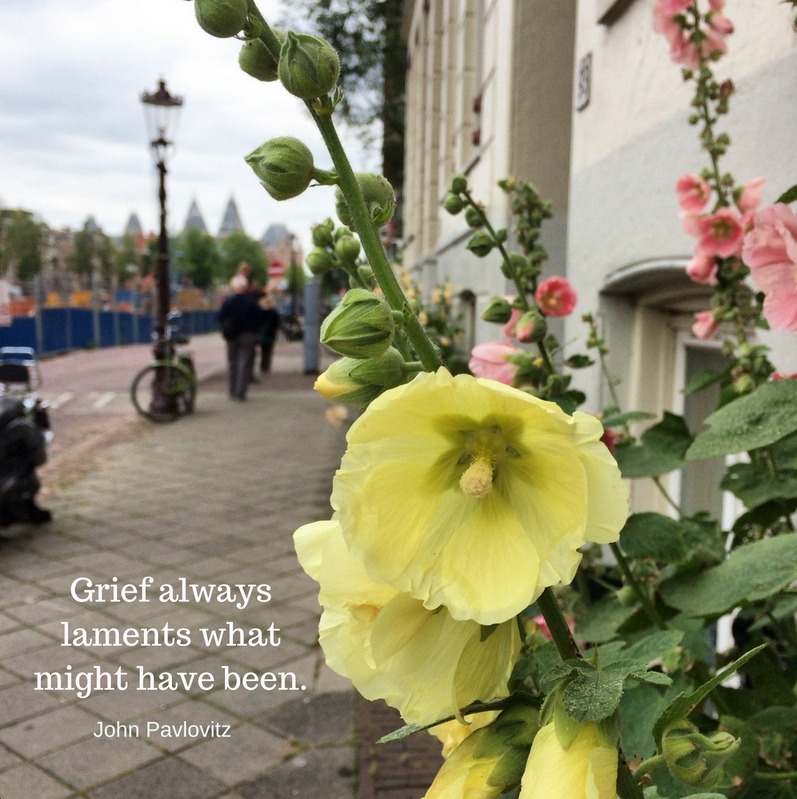 Despite whether our candidate won or lost this past week, I would be very surprised to learn that any of us feels good about negative election fallout that has surfaced since Tuesday night.  My social media feed has been flooded with stories about people who fear, with what seems due cause, changes that threaten to make this country a less safe place for them as minorities.

Bernie Sanders explained it this way:  the president-elect “tapped into the anger of a declining middle class that is sick and tired of establishment economics, establishment politics, and the establishment media.  People are tired of working longer hours for lower wages, of seeing decent paying jobs go to China and other low-wage countries, of billionaires not paying any federal income taxes and of not being able to afford a college education for their kids—all while the very rich become much richer.”

So, yes, we see reasons why people are ready for change, but it seems to me that change which threatens the other should not be part of the new equation.

Our own daughter had this to say about her strenuous week in the classroom as a college philosophy professor:  “I can’t believe how emotionally exhausting it is to teach right now. Each class today has included a litany of students’ experiences of friends who have been targeted just since the election. One student had a fight break out on her floor. Another had three friends called the ‘n word’ yesterday. Another had a friend called a ‘homo’ as he walked across a different campus yesterday. I have heard stories of undocumented students outed and threatened publicly. It goes on and on and on. To their credit, my students—including the half that voted for the president-elect—are uniformly horrified by these events and united in their fear about what the future holds. We have normalized an incredible threat to the safety and inclusivity of our communities, and now we need to figure out how to fix it. Roll up your sleeves, people, this is not going away anytime soon.”

Jonathan Merritt, writer on faith and culture, reports that “the protests on Fifth Avenue have garnered a lot of attention, but New Yorkers are posting their grief underground on tens of thousands of sticky notes. These emotional messages are slapped onto subway station walls across the city. The New York Times story on this protest is moving, but nothing beats the messages themselves,” messages offering prayers and desires for love, hope, equality, safety.

One of my friends shared a brief note about “transgender youth suicides that occurred late Tuesday night/early Wednesday morning.”  And the Kissing Fish Facebook page offered this list of fearful Americans who may have reason to be involved in protests beyond whether or not their candidate lost: “They’re black Americans who hear talk of law and order and remember a racially charged stop and frisk program, or see an emboldened KKK holding a celebratory parade.  They’re Muslim Americans who worry that spitting in their face is now okay and violations of their rights to assemble and their rights to privacy are about to come.  They’re LGBT Americans who fear not just of the loss of marriage rights or restaurants gaining the right not to serve them, but of an administration that thinks it’s more important to research electrocuting the gay out of them than AIDS.  They’re Hispanic and Latino Americans who are scared their children will be bullied in schools, and their families ripped apart while their culture is mocked.  They’re women who are wondering if we’ve normalized groping, and if their career endeavors will be judged by their face and body, and not their minds.”

Many of us may feel we have no immediate access to preventing these sorts of discriminatory behaviors, but small ways of offering assistance or showing solidarity have emerged in these first few days since the election.  Sojourners posted this information for what to do if you see Islamophobic harrassment.  Safety Pin USA’s Facebook page tells the story of the UK’s referendum to leave the European Union, when “hundreds of thousands of British citizens took to wearing a safety pin on their lapel, a quiet and dignified gesture intended to signal to their immigrant brothers and sisters that they stood in solidarity with them against the tide of fear and hate that drove the Brexit decision.  Simply put, I say that, in the wake of the US election, we repeat the practice here in the states. Too many reports have already flooded the airwaves indicating a sharp increase in racially-motivated violence and intimidation across the country, and, while this simple act may not change that, it will demonstrate to those who are the targets of such aggression in your community that they have allies on the streets, and not just the Internet.”

Already, social media has suggested that perhaps this small act of wearing a safety pin trivializes the seriousness of the situation at hand, or that wearing the pin will make us smug about doing something and less likely to work at the larger issues, or that minority groups may take offense.  While I would be the last to deliberately offend, I also see that this solidarity move could be meaningful in a small way in some situations.  I will not judge people for wearing the safety pin or for not wearing it.  Two of my Facebook friends posted positive outcomes as they wore safety pins.  One shared this safety pin story:  “Yesterday in a thrift store in Normal, IL, a gray-bearded tattooed man thanked me for wearing a safety pin. We commiserated. There I have it. I talked with someone not like me in solidarity.”  Another said, “I wore one yesterday and my daughter asked me why.  I said it's a way of letting people who are different from me know that I'm a safe person.  She was thrilled.  I did not expect her to notice it or appreciate its meaning.  It was worth it just for that.”

Preparation for the job ahead of us can come in all sorts of ways.  My niece shared that, while cooking, she listened to an hour of Radiolab segments on laughter for much needed respite.  Strangely enough, comfort food provided a sort of self-care as our family struggled to make our way through last week.  I was delighted to find Trader Joe’s (in Grand Rapids) had received their holiday shipment of turkey-less stuffed roast with gravy.  I bought three on Wednesday and they were gone by Friday…one with the Grand Rapids family, one with the South Bend family, and one for a late-night snack on the in-between day.  Sometimes you do what you have to do to maintain sanity and a small sense of well-being in spite of the world's condition!  How did you achieve that for yourself this past week?

Friday I shared our home with a peer group in the morning, a directee in the afternoon, and family members for supper.  It felt good to offer warmth and hospitality to friends and family, kind of a preparation for opening myself to those I do not know who may need safe spaces in their lives, especially now.  In what ways might we at Kern Road begin to reach out during this difficult post-election season to those who feel threatened?  How might we provide sanctuary for the marginalized?  Our faith mandates that we stand with those who are bullied because they are different.  The plaque at the base of the Statue of Liberty says something very similar:  “Give me your tired, your poor, your huddled masses yearning to breathe free, the wretched refuse of your teeming shore. Send these, the homeless, tempest-tossed to me, I lift my lamp beside the golden door!”

Before we can be there for others, we need personal fortification, our own resilience strategies, our own ways to work at repairing the breach, our own understanding of the grief we suffer.  With regard to the latter, John Pavlovitz says this:  “Grief always laments what might have been, the future we were robbed of, the tomorrow that we won’t get to see, and that is what we walk through today. As a nation we had an opportunity to affirm the beauty of our diversity this day, to choose ideas over sound bytes, to let everyone know they had a place at the table, to be the beacon of goodness and decency we imagine that we are—and we said no.

“The Scriptures say that weeping endures for a night but joy comes in the morning. We can’t see that dawn coming any time soon.

“And this is why we grieve.”

I visited an out-of-town church Sunday morning; one thing of many that I took away with me from that service was the worship leader's statement that “today is the day that we grow bigger than our differences.”  I hope we can find ways to live into that sentiment.  I also look forward to working with other Kern Roaders to bring Phileena Heuertz' words to fruition in our own setting:  “America is not just for white Christians. America is for all people, regardless of race and creed.  And regardless of what kind of government is in power, we all have a responsibility to walk the hard road of love to heal our nation.”