Living into the Resurrection 5

Taking time to care for the Earth 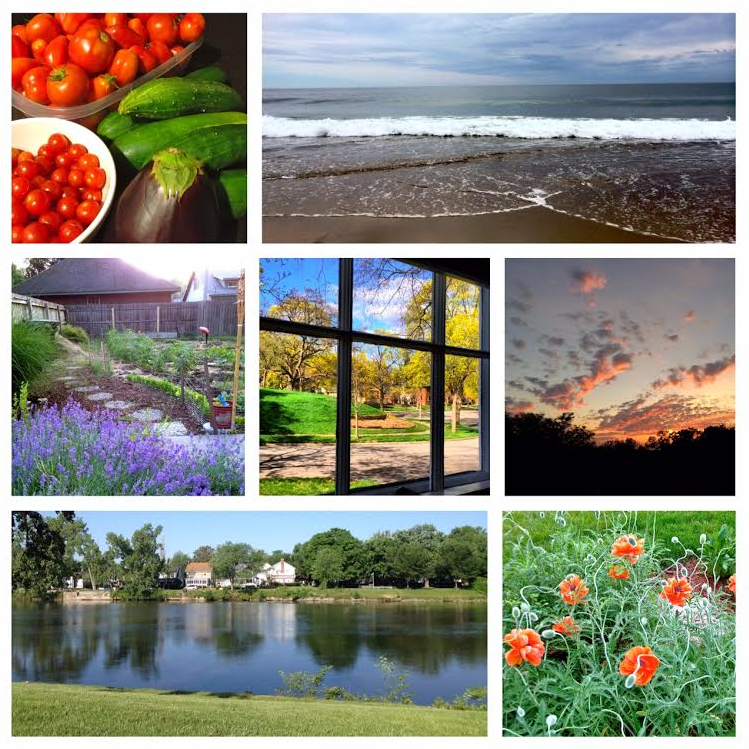 “I am convinced that there is an urgent need to address the damage that humans inflict on the Earth and on each other, to educate folks about climate change, and to take steps to ensure the wellbeing of the planet and its inhabitants for generations to come.  I have come to see that Mennonites have a valuable perspective on this work, because the Anabaptist commitment to nonviolence is as relevant to how we view creation care as it is for directing our opposition to war.”

Lawrence Jennings, native New Yorker who attends Infinity Mennonite Church of Harlem and cares deeply about climate change, wrote these words back in 2014 in a MennoNerds blog guest post following Earth Day, the annual observance on April 22 marking the anniversary of the birth in 1970 of the modern environmental movement and finding ways to do justice to the Earth.

“The height of counterculture in the United States, 1970 brought the death of Jimi Hendrix, the last Beatles album, and Simon & Garfunkel’s Bridge Over Troubled Water. War raged in Vietnam and students nationwide overwhelmingly opposed it,” according to Earth Day Network.

Though much of America remained indifferent to environmental concerns back then, “the stage had been set for change by the publication of Rachel Carson’s New York Times bestseller Silent Spring in 1962.  The book represented a watershed moment, selling more than 500,000 copies in 24 countries, and beginning to raise public awareness and concern for living organisms, the environment, and links between pollution and public health,” Earth Day Network continues.

On that first Earth Day, “twenty million Americans took to the streets, parks, and auditoriums to demonstrate for a healthy, sustainable environment in massive coast-to-coast rallies. Thousands of colleges and universities organized protests against the deterioration of the environment. Groups that had been fighting against oil spills, polluting factories and power plants, raw sewage, toxic dumps, pesticides, freeways, the loss of wilderness, and the extinction of wildlife suddenly realized they shared common values.”

By 1990, Earth Day went global, “mobilizing 200 million people in 141 countries and lifting environmental issues onto the world stage” as that year’s emphasis also boosted recycling efforts around the globe.

The present-day MCCN welcomes those wishing to be part of a faith-based network of people engaged in caring for creation, including congregations that grasp God’s love for all the earth, individuals and households where decision-makers consider environmental impact, schools where students of all ages learn to connect with the natural world, church agencies that choose advocates to keep creation care prominent, and the broader community shaped by creative approaches to transportation, housing, food, waste disposal.

The organization’s website states that congregations “are the primary focus of Mennonite Creation Care Network’s energies. MCCN encourages congregations to appoint a creation care liaison and become one of the network’s 100 Shades of Green Congregations. Preaching, teaching, community gardens, advocacy, and eco-justice work are a few of the ways congregations care for the earth.”

Kern Road has been active for years in energy conservation, both in the construction of the present church building, and by inviting members/participants to conduct energy audits in their own homes.  Some years ago our junior high students made recommendations based on their energy audit of the building, and just this past calendar year KRMC installed solar roof panels.

The congregation has invited the community to a Solar Energy Celebration and Open House Saturday, May 21, from 2 to 4 p.m., during which time participants will learn how solar panels help save energy and reduce KRMC’s carbon footprint. Government officials, including Mayor Pete Buttigieg, and a representative from Hoosier Interfaith Power and Light (HIPL), an interreligious organization promoting energy conservation and clean energy in faith communities across Indiana, will be invited. KRMC’s solar panels were funded in part by a $24,000 grant from HIPL.

Consider the resources offered by Global Footprint Network as you assess how living into the resurrection might include care of the earth this Eastertide in your own household, as well as in our city and country.  Global Footprint Network is “an international think tank that provides ecological footprint accounting tools to drive informed policy decisions in a resource-constrained world.  We work with local governments, investors, and opinion leaders to ensure all people live well, within the means of one planet.”